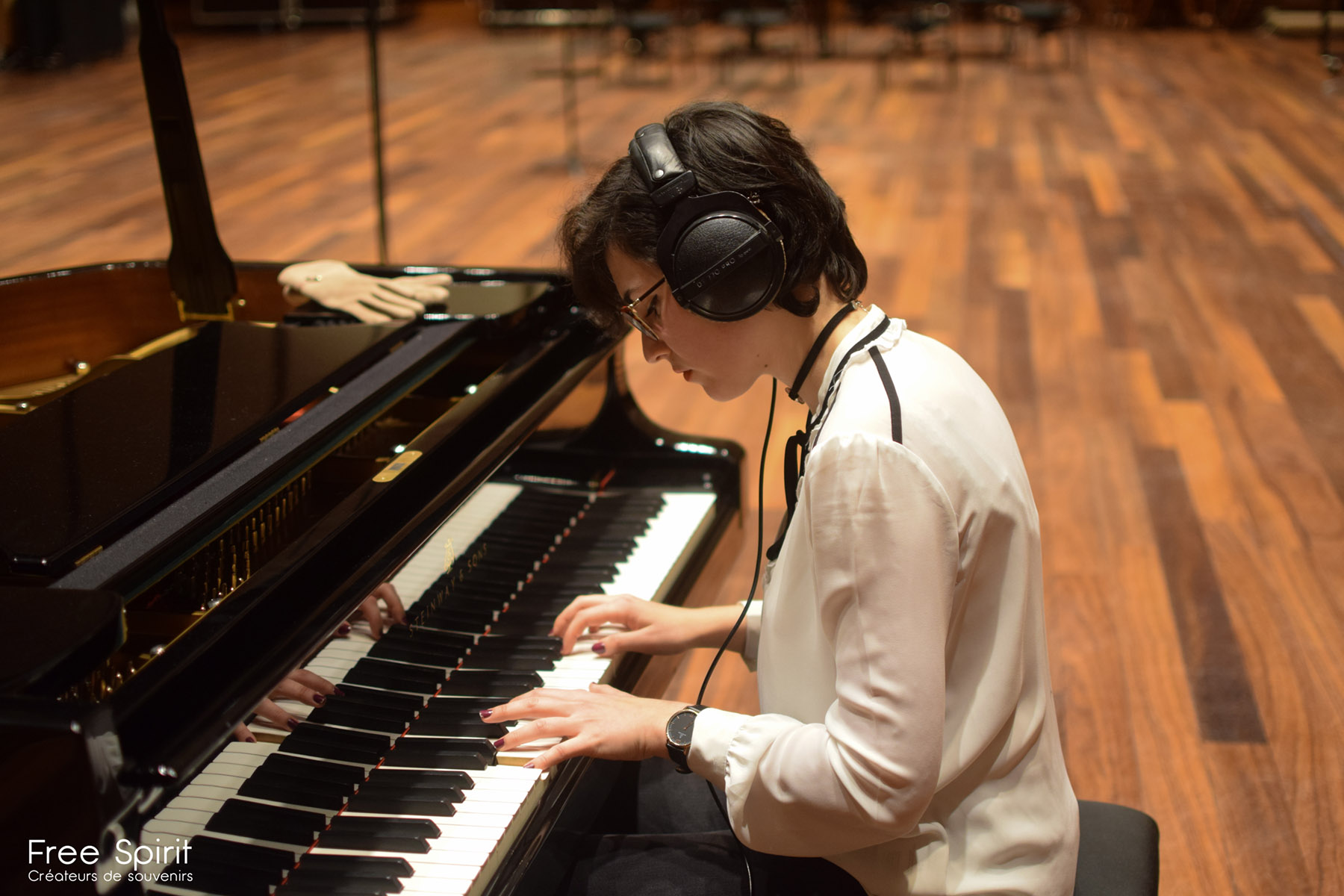 EMAJINARIUM – Concert for the planet

EMAJINARIUM - CONCERT FOR THE PLANET

Free Spirit Foundation invites you to a new journey in the dreamlands. EMAJINARIUM Concert for the planet is a lyric concert with several talented artists coming from all over the world. Music composers, pianists, violinists, dancers, opera singers and dancers combine their talent in order to reveal the beauty of the nature with amazing musics and songs.

Profits from EMAJINARIUM Concert for the planet will help to plant 5 million trees in Kenya by 2030. That is initiative is part of the RE-GREEN THE PLANET programme created by Free Spirit. Free Spirit thus joins the world effort of all the organizations and all the committed citizens in the reforestation of our beautiful planet.

EMAJINARIUM Concert for the planet is an official project of the United Nations on Ecosystem Restoration 2021-2030.

Music is an art, entertainment, pleasure, and medicine for the body and soul. EMAJINARIUM is performed by a choir, pianists and violinists. The artists mainly perform classical musics that will take the spectators to another world.

All the musics and the songs of EMAJINARIUM have been specially created for our concert by talented music composers.

The stories behind these musics remind us the strong connexion between human beings and the nature. It also reminds us that the nature needs to be respected, protected and restored.

EMAJINARIUM Concert for the planet occurs once a year at the amazing place called LA SEINE MUSICALE in Paris.

A PROJECT OF THE UNITED NATIONS DECADE

EMAJINARIUM Concert for the planet is an official project of the UNITED NATIONS Decade on ecosystem restoration 2021-2030. The UN Decade on Ecosystem Restoration is a rallying call for the protection and revival of ecosystems all around the world, for the benefit of people and nature. It aims to halt the degradation of ecosystems, and restore them to achieve global goals. Only with healthy ecosystems can we enhance people’s livelihoods, counteract climate change, and stop the collapse of biodiversity.

Our non profit organization Free Spirit is an official partner and an actor of the UN Decade on ecosystem restoration 2021-2030.

A CONCERT PERFORMED AT LA SEINE MUSICALE IN PARIS

La Seine Musicale is a music and performing arts center located on Île Seguin an island on the Seine river between Boulogne-Billancourt and Sèvres, in the western suburbs of Paris, France.

The facilities include an elevated egg-shaped theater-in-the-round mostly for classical music. Much of the site’s daytime energy needs are supplied by a large mobile curved solar panel array that covers the smaller auditorium. From the fourth floor, there is an all-round view of the surroundings.

A globe-shaped observation deck, made of glass and timber laminated lattice, sits atop the concrete hull and around it slides a ‘solar sail,’ composed of 470 photovoltaic panels, which tracks the sun across the sky and maximizes the generation of clean energy.

The construction of La Seine Musicale simultaneously represents a return to the halcyon days of the Belle Époque and an embrace of Paris’ future, thanks to the building’s innovative and ecologically minded design. The pair responsible for this were the Japanese architect Shigeru Ban, the 2014 winner of the Pritzker Architecture Prize, and his French colleague Jean de Gastines.

Inside, the heaviness of the concrete and technological bravura gives way to a more organic style, characterized by open spaces and intricate woodwork.

PLANTING 5 MILLION TREES IN KENYA BY 2030

As a partner an and actor of the UN Decade on Ecosystem Restoration, Free Spirit has created the concert EMAJINARIUM to raise funds to plant 5 million trees in Kenya by 2030. ‘ Free Spirit ’ launches its program “re-green the planet”, a reforestation program all over the world. Inspired by the Kenyan Nobel Prized environmental activist’s work, Wangari Maathai, who planted 3 million trees during 30 years.

Between 2008 and early 2010, Kenya, one of the countries of Eastern Africa, was affected by a severe drought. Owing to the lack of annual rainfall, the arid and semi-arid lands of Kenya (ASALs) are very susceptible to drought and flooding. These lands are impacted by the increasing effects of climate change and the risk of desertification.

Thierry Lucas, a French national, is an expert in European and international policy on environment and sustainable development. He is a Senior Policy Expert in the United Nations Environment Programme’s (UNEP) Brussels Office, working on a variety of topics including biodiversity and ecosystems management in the context of the partnership-building between UNEP and the EU institutions, and key EU stakeholders in Brussels. He was also the coordinator of the global Ad Hoc Open-ended Expert Group on marine litter and microplastics. Mr Lucas has over 25 years of technical and management experience with the UN, including expertise in Africa and Asia. Before working for UN Environment Programme, Mr. Lucas was the project manager of an adolescent health programme in Asia of the United Nations Population Fund (UNFPA).

© 2022 EMAJINARIUM by Free Spirit
You can enable/disable content protection from Theme Options and customize this message too.